Happy New Year to you all!! To kick off 2020 I’m making a super quick check in today about one of Tom Ford’s brand new eyeshadow quads: Mink Mirage.

You may already be aware, but at the very end of 2019, Tom Ford’s well-loved Cocoa Mirage Eyeshadow Quad was pulled from the line to have a “slight” makeover. From what I heard, they were planning on changing the bottom left shade, which is the only slight satin/shimmer shade in the quad. I wasn’t too heartbroken to hear of this change as it’s the shade I use the least in this palette, but I think many of us feared a potential change in the quality/formula to take place at the same time.

Anyway, long story short, I saw a post on chicprofileofficial’s instagram showing five new Tom Ford quads that were being released on Boxing Day at Selfridges. Whether these are going to be permanent and whether they will eventually be released at all Tom Ford retailers is very unclear at this point. I noticed that the one named Mink Mirage looked suspiciously like Cocoa Mirage, only with that bottom left shade switched out for a matte black. The website was not allowing these quads to be added to the shopping bag for the first few days, and when that problem was sorted I could only see a few of them available to purchase (only Mink Mirage in stock at this point in time), and heard talk about Selfridges not yet having the full stock available. This seems to be yet another messy Selfridges makeup launch (Pat McGrath Divine Rose – I’m looking at you). Nevertheless, I was able to pick up the seemingly new version of Cocoa Mirage out of curiosity.

I’m pretty sick and tired of all these so-called “leaks” of new product releases and sudden palettes dropping at short notice followed by a terrible customer buying experience. So with my very last ounce of willpower before I totally give in to makeup fatigue, I bring you the new Tom Ford Eye Quad: Mink Mirage (Cocoa Mirage 2.0???).

As you can see from the above picture, the ivory, mid-tone brown, and deep brown shades appear almost identical (almost!), ignoring the slight rearrangement at the bottom. The plummy wine satin/shimmer whatever-you-want-to-call-it shade in the bottom left of Cocoa Mirage has been removed, and in its place we now have a matte black shade in Mink Mirage. I am only speculating that Mink Mirage is the revised version of Cocoa Mirage at this point as I have seen no proper mention of this, but they are so similar both in colour story and in name that I am willing to bet that it is.

If I was to pick between these two, assuming I didn’t own either, I would personally go for Mink Mirage as I like using a matte black eyeshadow as eyeliner for everyday looks, and it’s a nice addition to use to smoke out the eyes for an evening look.

As you can see from these arm swatches, the first three shades are pretty much identical. If I was to be really nitpicky, I would note the following observations:

I have only been able to play with Mink Mirage on my eyes once since receiving it, so I must stress that I am only giving my initial observations and first impressions. This is definitely not my full review or final verdict at this point! But so far, the texture and performance of these three shades seems to be the same in both quads, so I am breathing a sigh of relief that these shadows have not been reformulated as far as I can tell.

Clearly the only notable change is the matte black shade. Despite my preference for this colour scheme, I did have trouble with patchy coverage and difficulty blending this shade during the single time I used it on my eyes to smoke out the lash line. It is possible that it was the fault of my priming, setting, or the brushes I used on this occasion, or any other factor besides the eyeshadow itself. I will keep trying this out to see whether it is me or the eyeshadow.

It’s still safe to say that I’m relieved that the three shades I relied on before appear to be somewhat unchanged (not that I’m going to run out of Cocoa Mirage at any point soon). I will stress though that for those of you who already own Cocoa Mirage, you DO NOT need to rush out and buy Mink Mirage, or make this purchase at all unless you pan your Cocoa Mirage palette. Unless you’re mad. Like me.

I hope this initial Mink Mirage check in is helpful! Let me know what you think in the comments down below and watch out for my “best and worst of 2019” blog posts coming very soon (hopefully).

This is not a sponsored post. All products mentioned in this post have been purchased by me.

You May Also Enjoy: 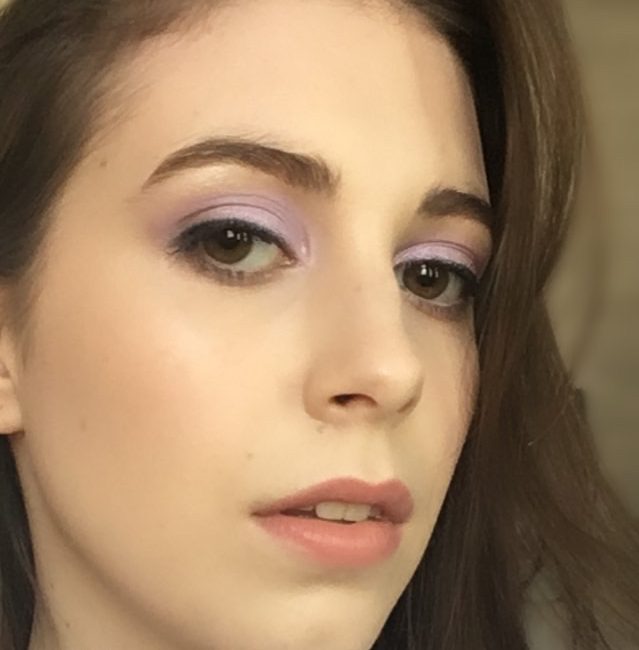